Several BookTubers have won tens of thousands of subscribers who look forward to their book reviews and comments. In fact, three books recommended by BookTubers have hit the top 100 and sold over 6 million copies. The reasons for this phenomenon can be traced to the well-known media consumption behavior of the younger generation.

In the 18 – 34 yr-old demographic, YouTube is 60% more popular than television. The result is that 70% of those interviewed in peer reviews, preferred BookTube, mainly because of the perceived authenticity of the respective BookTubers and authentic exchanges within the community. 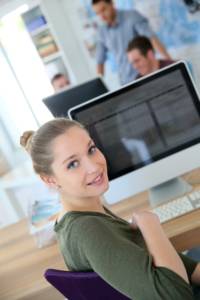 BookTubers such as Ariel Bissett, Jean Bookishthoughts and justkissmyfrog have ten times more subscribers than even most publishers; and they offer rapid turnaround and real authenticity.

As in all social media, attention-span is the most important currency – a rare commodity these days. The average attention span of users on YouTube has sunk to eight seconds, roughly the time that it takes to scan the headlines on the first page of the New York Times. However, the second most important requirement is authenticity. According to Naomi Bacon of Pan Macmillan, their cooperation with BookTubers has struggled to meet these hurdles in the YouTube channel. Crude product placement is not enough. What’s needed is a mix of talent recruitment, cross-selling, and custom content to maintain the balance between attention and authenticity.

These examples show us that YouTube as a marketing channel for publishers has great promise. But why is it that more publishers haven’t jumped in?

This is partly because book publishers are less numerous than other content providers. News evolves much faster than stories. Many publishers create new videos monthly and very few of those get deployed on YouTube. Successful YouTube users publish new content at least on a weekly basis. Although most publishers use targeted marketing techniques for different audiences, they often refrain from using YouTube. “One size fits all” is the motto, and links to other embedded content in the videos are missing completely.

Book publishers do have particular difficulties. If publishers can’t inspire more than a few hundred subscribers in this channel, their videos are consequently rarely seen, recommended or commented. And when they do comment, they are often ignored by the publishing house. Does reader loyalty follow ?

Another factor is that publisher’s videos are still geared more to TV commercials or – worse – on discussions about literature on television. A clear indicator that Youtube is still considered to be a one way channel – although Vloggers have shown us the way to build significant followers with YouTube.

Especially for younger audiences, BookTube as a marketing channel, is not just for fiction publishers. Travel publishers are interested in travel vloggers like Samuel & Audrey, Kristen Sarah or eight miles from home, and special-interest channels like rewboss, getgermanized or Learn German with Mr Artrim show potential beyond the usual marketing channels for the publishing community. (cck/knk)