How publishers can apply Augmented Reality 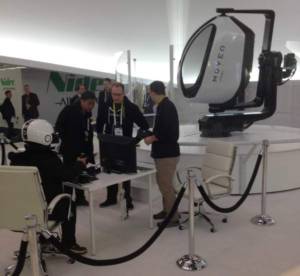 What innovations will shake the book industry next?

Among the many new gadgets were smartphone services that create individual e-Book travel guides, educational gaming, and new e-ink applications. And for the fiction and trade book market, augmented and virtual reality are ready for prime time.

Highlights of the 2016 CES Show

Since 1967, when it was first held, there have been many significant electronic innovations first presented to the public at CES. These include the first video cassette recorder, the first CD player, the first DVDs, plasma screen TV, satellite television, HD television, internet television, the first tablets, Netbooks and Ultrabooks, and the first Samsung Galaxy S2. The list goes on and on.

I doubt that we recognized at the time, what a huge impact these devices would have on our lives. I suspect that when the first video cassette recorder was released (and ridiculed), that hardly anyone could imagine that a whole video rental industry would blossom out of it, and then later die with the advent of internet television and video streaming.

The major themes of this year’s fair have all the makings of even more dramatic changes:

Self propelled cars; this means time savings for all commuters so they can consume more visual media and books, but not good news for cab and truck drivers. Wearables: closely linked with sensors, they will probably lead to a large section of humanity voluntarily implanting RFID chips for sports and health monitoring. 3D printing; will eliminate significant movement of goods, Drones: reporting from live events and war zones: in law enforcement, it will become standard practice for the police to send out not only a squad car but a flock of drones in pursuit of runaway thieves. Real time language translation: the elimination of the translation industry; foreign languages that are currently the province of the elite will become available to everybody. Robotics (already available: robots to replace us if we can’t make an appointment in person,): but still decades away, we are headed towards domestic robots and more automated care for children, the elderly and the sick. Augmented Reality: all-new forms of computer interaction in everyday life and at work. Virtual Reality: will find many applications, first of all: virtual travel to all places in the world – making learning about the real world and other cultures more affordable for the poor, the elderly and the sick.

What innovations are particularly relevant to us?

These are not great times for language dictionaries and teaching languages in schools: Lexifone, an Israeli company, presented an already-deployed real-time language translator, showing one example of a telephone exchange that can be used in customer service and on smartphones: A foreign language call is received, and installed software translates the call real-time. The final frontier is the Starship Enterprise translator, a small device that is worn like a brooch on the chest, that can be activated by a mere tap to converse directly with a foreign language speaker – just a smartphone app away. 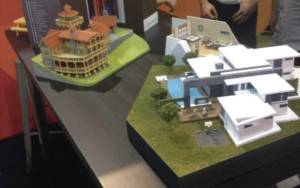 The purpose is to print at home, many of the items that we might normally purchase today at Amazon or at the local store. For certain media companies, a large, international business will emerge with rights to engineer’s design drawings. Here emerges a market for innovative publishers to jump in before the startups. There will be some public-domain content, but as most engineers will want to earn money for their living, the real sophisticated content will be paid.

If you look at e-books as a new media, virtual reality is even more so. Special eyeglasses allow you to dive into a virtual world, which is the spitting image of the real world. As is often the case, the computer games industry has taken possession of the first advances in this new medium. But it is also a new market for trade book publishers.

Examples of how publishers can apply Virtual Reality (VR)

Trade Publishers can create better content than the Game Industry

The most VR games played today are the so-called “ego shooter” games, which are of course not particularly valuable, socially or ethically. As publishers are the guardians of our culture, they should provide creative alternatives: nonviolent adventures, puzzle games, role playing, detective stories, spy stories, fantasy, mystery thrillers, etc. – i.e. the same program published in book form. It is a new line extension, similar to e-books, audio books, games and films.

During your work-out in the gym, you take the above-mentioned VR goggles and headphones and download a 360-degree video shot from San Francisco – instantly you’re no longer running in the gym, you’re on the Golden Gate Bridge ! This could be tagged with additional content, explaining how the bridge was conceived and built, for example. Even trivial 3D video (for example, a simple rollercoaster ride, filmed only with a 360-degree camera) was filling the halls in CES2016’s VR-cinemas – such a video production costs only about $100.

Another application could be aimed at patients in hospitals and nursing homes: This actually requires only the simplest form of 360-degree videos, e.g. a helicopter flight through the Grand Canyon. This does not require any tagging, as the patients are typically confined to the facility. But consuming such a video, they can flee from their current situation.

Applications for training and continuing education

In areas where human interaction is necessary, you might well imagine educational computer games in virtual reality, for example for service staff in restaurants and hotels, or in the caring professions and sales training.

Applications for kitchen professionals and architects

Based on good 3D CAD drawings, virtual reality can for example, be used on an architect-designed house. Then one can use the VR goggles before the house is built to prevent planning errors turning into expensive building problems. 3D CAD drawings can also be used for planning a new kitchen (kitchen manufacturers have been accustomed to working with CAD for years, so it would be a mature market; and it could be the platform for a smart specialist publisher).

Whereas virtual reality creates a fictional world, “Augmented Reality” provides an additional level to the real world. Again, I would classify this as a separate, new media; and a new market for professional (B2B and technical science) publishers. The good AR glasses presented at the exhibition now are far better than Google glass could ever be and they look like sunglasses. The computer directly projects text, infographics, films etc. into the lenses. So that’s really functional. There are numerous areas of application for professional publishers.

Examples of how publishers can apply Augmented Reality 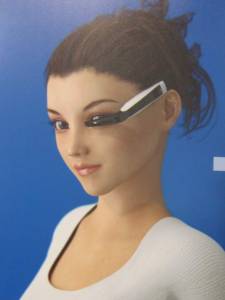 Doctors, lawyers, tax advisers and auditors can use embedded AR content provided by technical or scientific publishers to create efficiencies in daily work when they are not sitting at a desk all day. For example, info graphics and recommendations for therapy and rehabilitation, while treating their patients – without having to look in the computer. The patient doesn’t see that the doctor consulted a database.

In the technical support of airplanes, cars, and other machinery, the technicians could use embedded AR content provided by technical or scientific publishers to learn faster and to get advice in difficult situations. For example, info graphics and recommendations on how to exchange parts, how to reconnect wires, to-do-lists to maintain a certain quality level etc.

Application in the household and in cooking (Cookbook publishers)

A further application for augmented reality are cookbooks: Since you are showing instructional videos (on how to blanch or fillet for example), you can simply embed new content in existing material, and then you can add image recognition on specific vegetables, steak or fish course displays, and add food preparation instructions as text or as supportive, holography-like graphics). It’s the same recipe but with real world content.

The tools presented at CES 2016 can change the world. This may seriously threaten some established professions, and at the same time, provide resourceful entrepreneurs and publishing insiders with new market opportunities. Business as usual for CES!