knk expands its US business

knk expands its US business 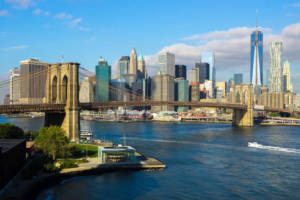 The international knk Group expands its operations by transforming its sales subsidiary in the USA into an independent company named knk Software LP.

knk Software is located in Mountainside, New Jersey, and is strategically located in the mid-Atlantic Region with easy access to New York and Philadelphia. Knut Nicholas Krause is President of the new company. The Executive Director and responsible for operations is Edward Wood, a senior member of the former ParenteBeard Technology. Several longtime employees of the former company are joining knk Software and will continue to support ParenteBeard Technology’s former customers.

“This is a fortunate opportunity for knk and our new customers” says Knut Nicholas Krause. “The knk Group gains an expert team of consultants and developers in North America, and former customers of ParenteBeard Technology will be serviced by their existing consultants who have an intimate knowledge of their client’s business operations. Our aim in forming knk Software is to transition staff and customers to the knk Group as seamlessly as possible.”

The former ParenteBeard Technology provided services to several industries, with a focus on non-profit organizations. The knk Group supports customers in several industries with a focus on publishers and media companies. Mr. Krause says, “The decision to found a new company and hire the former staff was based on strategic objectives where our target groups coincide. knk currently delivers software solutions based on Microsoft Dynamics to non-profit organizations in Europe and the US. Many non-profits have their own publishing companies or media departments to support their mission. We consider our new staff’s expertise in non-profits to be of strategic importance in attracting and supporting customers, and a great opportunity to expand our operations in the US and Canada.”

knk Software LP will provide financial software solutions based on Microsoft Dynamics NAV. Its services will include: software sales, implementation planning and project management, training and implementation support, business operations consulting, and customer and operational support after clients begin to use the software. Dynamics NAV is designed for mid-sized companies who range in annual sales from ten to hundreds of millions in annual revenues. It has been deployed at over 80,000 companies worldwide and has over two million end users.

About the knk Group:

The knk Group employs approximately 120 staff throughout Europe and North America. knk also cooperates with local partners who sell and service knk’s products and customers in more than 25 countries worldwide.