Surfing the demand curve with new types of metadata 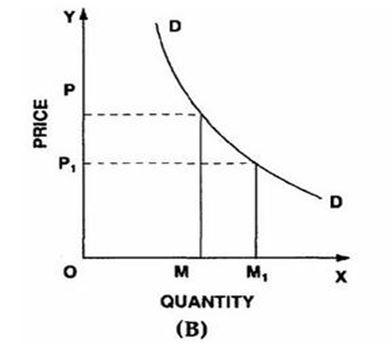 If you haven’t seen this curve before, the concept is simple. If you want to sell more paperbacks, you need to lower the price. If you want a higher profit per book sold, you need to raise the price and consequently sell fewer books. You can’t have it both ways, and there are still limits to the extremes of the curve. Somewhere in there is a happy medium that will result in the highest overall profit. Of course we mustn’t forget that part of the reason to drop price and increase volume sold is to increase publicity through word of mouth. Still, in theory there is point on the curve that will produce the best result.
Now what about all the other points on the curve? The points of higher and lower price. What about all those points? They aren’t optimal, so we typically ignore them. Almost. We do have a couple of other points on the curve though. Limited editions can have a higher price point, and it is fine and expected to sell less of them. If we move down the curve, we have eBooks. This is fine once again because production and distribution costs are typically lower. Now what else could we dig up if we got away from the idea of… books? What if we looked at the curve from the broader view of licensing the brand rather than just the original published work? 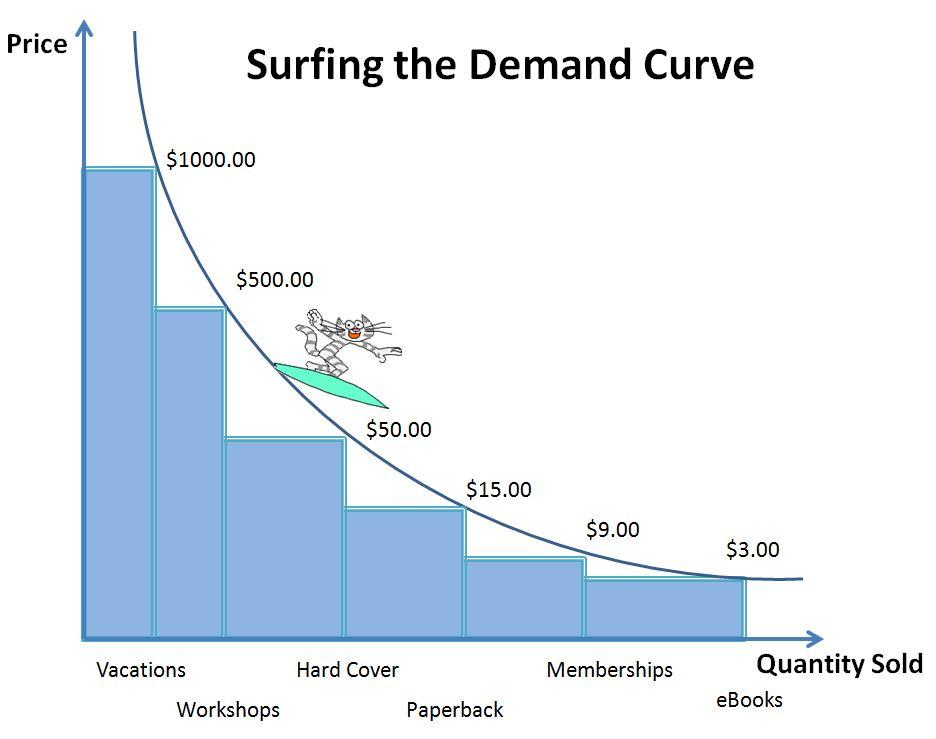 I spoke with Richard Nash recently, and he shared the insight that the licensed original work is only a small portion of the revenue that is generated from the brand as a whole. Entire business models are based on the reputation of a well-known brand. They provide a form of immersion into the original work (more on that in a moment). Others use technology to harness the ever-increasing amount of metadata into a map that is not just used for cataloguing, but for building. Specifically it can be used to build communities, or as Seth Godin would say, Tribes. The curious thing is that, for the most part, these additional revenue models are not being pursued by publishers, even though it could be a diversification technique to reduce risk from shrinking conventional revenues (book sales).
Infinite Atlas uses metadata to show all the locations in a selected area that are referenced in books. Sherlock Holmes’ famous 221B Baker St. is now a piece of metadata from “A Study in Scarlet”. In the app there are options to buy or rent the book, there is information about famous characters from the book, quotes from the book, related locations nearby that are mentioned in the book, and so on. The app creates a community of explorers by employing social network features so that you can “heart” a location and leave comments for other users of the app.
Poetry East enjoys a loyal community, and now has an app that displays daily poems based on the weather. It takes keywords from the weather forecast and matches it with metadata in their collection of literature that is focused around ambiance and weather, and displays an appropriate poem from their customized list. Storyverse gives you links to discussions of other content mentioned in the text that helps build and enrich the context of your reading experience.
Not all ventures rely on new technology, but almost all of them rely on the building or extension of community. E L James (author of 50 Shades of Grey) also happens to be a wine connoisseur. She took the intersection of her Grey novels and her love of wine, and now also sells wines that can be emotionally “paired” with her novels. Sit by the fireplace and read about Grey while enjoying a glass of Red Satin selected by James herself. People feel good when they feel they are a part of the story, albeit only vicariously. Litographs is a company that puts “lit” (literature) on t-shirts and other items, allowing customers to show the world the tribe they belong to. The words are there in plain view, but it isn’t about the words, it’s about the brand. Italy’s travel guides say business is suffering, but Dan Brown’s “Robert Langdon” brand continues to generate revenue for many a tour operator… and it is unlikely that DoubleDay is involved in collecting most of the proceeds.
Opportunities abound that are not being explored by publishers. Some of these new revenue models have very high profit margins – much higher than margins from the original book sales. We could argue that publishers may not have systems and processes in place to be manufacturers, or software developers, or wine experts. They help to create great content. On the other hand, they are experts at marketing, publicity and partnerships, which are key elements to the growth and success of all new businesses. They are also in the center of the industry’s supply chain, and have some of the easiest access and connections for partnership opportunities. New business processes can be learned, and modern systems are far more flexible and integrated than they were ten years ago. You could reduce the price of a paperback by one dollar to help spread the word, or you could surf the demand curve, finding and budgeting new licensing opportunities both up and down the curve. You could even provide new types of metadata that mandate new types of licensing. All of this creates additional value and a deeper sense of satisfaction and immersion for the reader.. People will pay for that, and since these lucrative revenue channels are being created anyway, wouldn’t it behoove publishers to capture a greater share of these licensing opportunities?